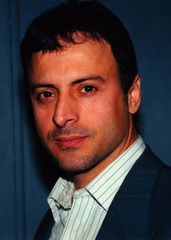 Film One is recognized worldwide as a quality Canadian film production after successfully delivering over 20 films worldwide, over 100 TV episides, and numerous short film projects. Our commitment to high production values is evident on the screen. Filming both domestic and international has been effortless for our highly skilled crew.

Film One created in 1988 by Jalal Merhi is a fully integrated Canadian and global production company and has the knowledge and experience to provide a complete turnkey approach for the production of feature films & TV Shows.