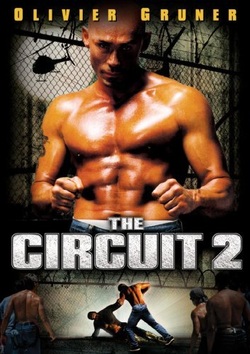 Prisoners are dying at the Ogden Correctional Institution, a prison where a corrupt warden has taken justice and business into his own hands. In the bowels of this prison, an underground fighting society has been formed. The Circuit’s Grand Champion – Pike ‘Ten Strike’ Rommel.

The Circuit is flourishing until investigative reporter Nicole Kent is thrown into the mix, where she is viciously attacked and left for dead.

Enter Dirk Longstreet a former circuit fighting champion turned University professor – who was solely responsible for shutting the original eastern circuit down – now has to sit idly by as his girlfriend fights for her life. Dirk enlists the aid of an FBI Agent Sykes to get him into Ogden Correctional. Posing as a prisoner, Dirk is tested and then immediately inducted into the fighting society.  Dirk fights his way into the hearts of the prisoners, and the wallets of the rich spectators. Dirk goes along with all the warden’s wishes hoping he’ll get a shot a Pike before he is found out… or found dead.