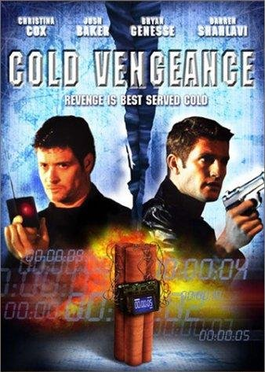 Sometimes a Hero (aka Cold Vengeance)
Jimmy Coy Has only known one thing and starting over wont be as easy as he thinks because he owes one last job to the family that raised him.
But Jimmy has got his own feelings with respect to loyalty. When his old gang turns against him and a rival gang joins the mix, Jimmy pits the two against each other. Now if he can just save himself and his new love Cassandra, in the process.
Drastic circumstances call for drastic measures as Jimmy and Cassandra battle double-crosses, triple threats and one bomb set to explode. A dramatic climax at a sporting event, where thousands of fans lives hang in the balance, will leave you breathless.