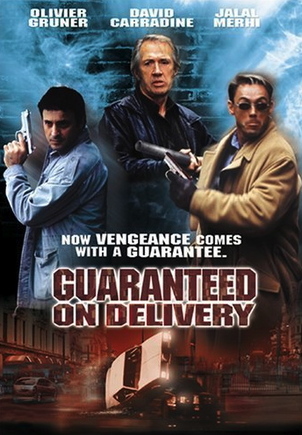 Ray Bank is a delivery man living in his van, and is ready to go when customers call.

Operating behind the front of an upscale art gallery, Adrian Kaminski is a white slave trafficker who drugs beautiful women and smuggles them out of the country, like Lisa Belmont, an aspiring model.

A delivery is close to being completed when from the trunk of Ray’s van, he hears noises and discovers Lisa, feeble and terrified. Torn between getting paid for finishing the job and doing the right thing, Ray settles on a daring compromise. He  delivers a fake package and gets the full payment. Soon after, Lisa’s younger sister is also kidnapped. Realizing that police’s help may come too late; Ray, Norman and Lisa embark on a bold attempt to rescue her. The volatile mixture of allegiances explodes in a fiery ending.