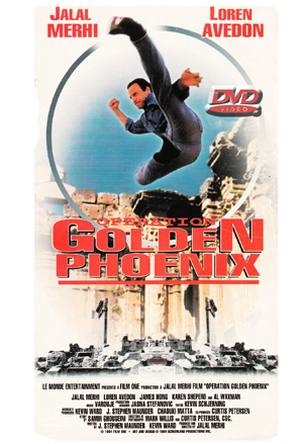 A legendary Archeological relic holds the key to untold wealth- or unspeakable death, in this blistering thriller seething with international intrigue and lightening-fisted Martial arts action.

Awesome Kung fu master Jalal Merhi is Mark Assante, an ex CIA agent who finds himself on the run when he’s framed for stealing priceless ancient pendent known as the Golden phoenix.

Busting out of jail on a globe-spanning quest to clear his name he fights his way into the exotic, war ravaged back alleys of Beirut.